This is the second of three articles on social media supporters of New Zealand public libraries that will be published over the coming weeks.

Last week I provided a crude count of social media supporters split between the North and South Island. This week, I list the number of supporters by individual public libraries. 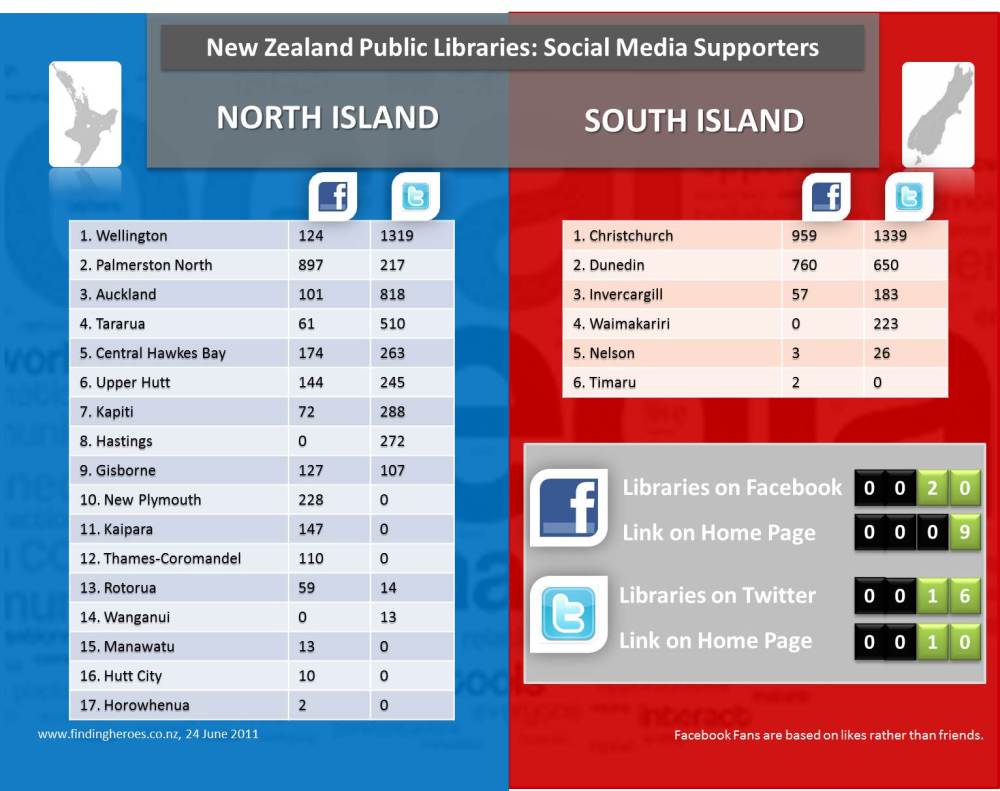 UPDATE 4 July 11am: Apologies, I missed Hastings facebook presence (my fault, as it’s easy to find). They have 74 likes. Their ranking remains the same.

Three things I learnt from the numbers: